At the heart of HIL, it is our belief that every story matters. In 2015 we were a group of friends and English teachers, and we met a refugee from Iran. He shared the struggle that his community faced when arriving in the UK with little if any English and no access to classes. While we were naïve to the realities of life as a refugee and the process for asylum seekers and stateless people, as qualified English teachers, we were compelled to use our skills to help this community and we started unofficial classes in a friend’s home.

Soon, we outgrew the space due to the number of students and we had a decision to make. In 2016 a local café kindly offered to let us use their function room and provide tea and coffee at no cost. By 2017, we had outgrown that space as well and once again had to ask ourselves: what do we do now? By then we had a deeper understanding of the refugee and asylum seeker process and, with that knowledge, we found more ways to support our new friends. We began collecting donations of clothing and toiletries and creating letters to share explaining how life in the UK works – anything to help their transition into UK life. Asylum seekers often have waiting periods until they get refugee status and during that time, they don’t have access to English classes. This also means that when they get their permission to stay, they are ready to look for work. Employment for refugees is vital for their mental health, it gives them purpose and independence, an income, and contributes to a feeling of self-worth.

At HIL, we believe in a strength-based approach, and we aim to nurture and respect everyone we encounter. We believe that with the right skills and support, everyone has the potential to contribute to and to enrich the community. Despite the hardships, asylum seekers and refugees always seek to help and care for each other. We work to serve and provide resources for them to fulfil their own vision for their communities. While the news and media may speak of strained political relationships and conflicts, we have found that this is not a true reflection of this community. They are, at heart, people seeking to survive and fundamentally build better lives for their families, and we walk alongside them as they do this. We believe that we can play a part in bridging the gap between displaced people finding their feet in the local community, raising awareness and providing space for effective exchange of ideas, culture and understanding. Fortunately, an early investment helped us lay strong foundations in order to do this. As we outgrew our space in the café, an opportunity came for us to occupy rooms at St James Mission Hall on Windsor Street, Toxteth, and we saw this as a good fit, being close to asylum seeker hostels and with the possibility of expanding further. Interestingly, and somewhat serendipitously, this is the next street over from where it all started for us. At this point, we separated and registered as two projects, HIL Language School and the Bridge2 (Liverpool) Charity.

Today, provision of English for asylum seekers remains at the heart of HIL.

Click below to read more about our sponsorship program and how to donate or sponsor a refugee or asylum seeker during their studies at HIL! 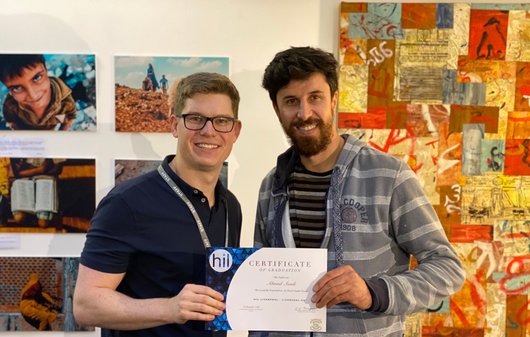 We love celebrating culture, languages and diversity. Click Here to find out more about HIL Life.

The School will be closed on the following Holidays and Bank Holidays: 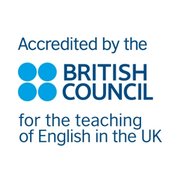